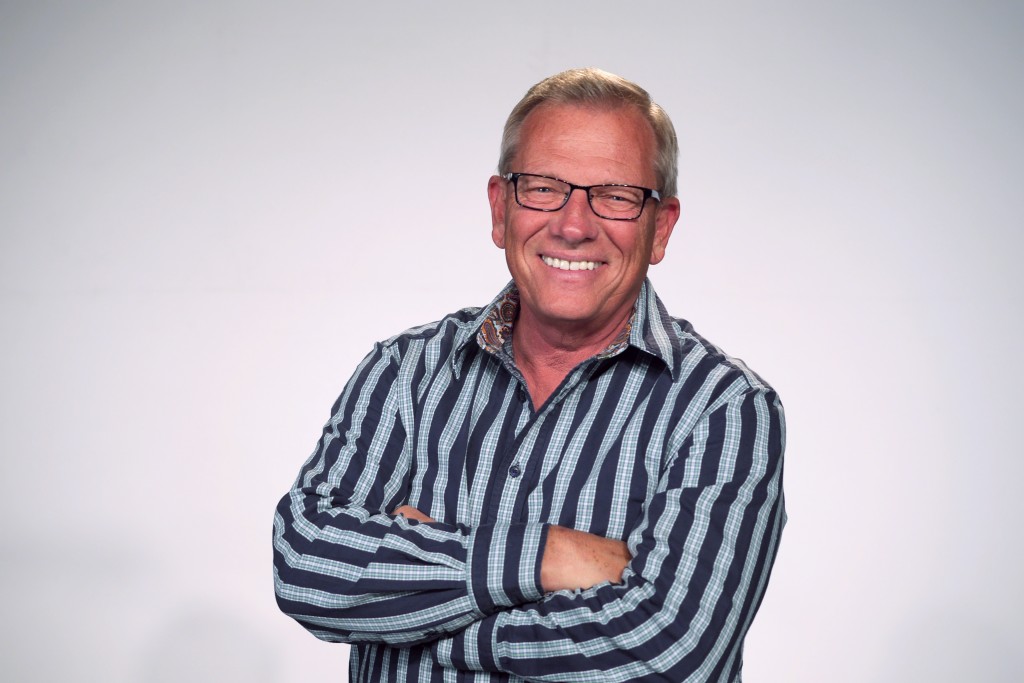 My wife and I began our life together as most couples do. We were in love, and we were creating a home. In time we had a child, and everything seemed perfect. We had a house, security, and peace – everything the world was striving for. What else could we need?

Unfortunately, as time went on boredom overtook me, and the discontent of familiarity set in. I began to disrespect my wife, and she responded to me in the same way. Our discontent turned to feelings of disgust, and the value we had placed on one another in the beginning soon faded away. Of course our daughter was caught in the middle of the mess, and she had to hear all of the devaluation, tearing down, and destroying one another through negativity that went on in our house every day.

With my home life a wreck, I spent more and more time with my friends who wanted to drink, fish, hunt, and do all of the things that I liked to do. I was closer to those men than I was to my wife and child, but it didn’t bother me. I was foolishly unaware that everything I had was on the verge of slipping out of my grasp.

Through all of this, to the outside world our family seemed to function normally. We bought new cars to replace the old ones, we updated our home and took care of our property, so to our neighbors we appeared to have life by the tail, when in reality we had no control over what was happening on the inside – not just the inside of our home, but the inside of our hearts.

One day I made a terrible decision, and I became unfaithful to my wife. She did not deserve it because she and my daughter were the only ones who really loved me. My wife had been dedicated to me, and she had been faithful through all of the turmoil we were experiencing. I could not see the value of her dedication and faithfulness, so I breeched the boundary of my marriage, and I went where I did not belong.

The stark reality was, everything I thought was good about having an affair actually destroyed my ability to love, and it took with it the last hope in our marriage. Much to my surprise, instead of euphoria I experienced sadness, and the peace I once had was soon gone. Worst of all, my behavior stripped the value from my wife and my little daughter.

It wasn’t long before I fell into a state of deep depression, and it drove me to try to rid myself of everything that made me unhappy, instead of working on those things. This only sent me deeper into a lifestyle of unfaithfulness, and I had more affairs. It became a vicious cycle; one I would even call driven by the devil. He was using my affairs to lead me down a road to self-destruction, the loss of my family, and more than likely the eventual loss of my life.

Amazingly, my wife stuck it out with me. Though she wanted to divorce me, she didn’t carry it out because she became a Christian, and the woman who led her to Jesus told her that Christians shouldn’t get a divorce.

Things were bad for us for a long stretch, but over time I found myself thinking about God, and even admitting that I believed in Him. There was a point where I began to think about the reality of Heaven and hell. I knew many people who didn’t believe in hell, but for me common sense said there is always a repercussion for the wrong that we do, and I thought a just God would certainly hold people accountable for what they did.

I was the type of guy who was either all in or all out. I didn’t see the need to do anything halfway, so with my belief in hell growing stronger, the only thing I could think to do was pray when I went to bed at night. My prayer was something like this: “God, if I die in my sleep, I ask you not to send me to hell, but to take me to Heaven.”

I thought that would do the trick, until one day someone told me the Bible says God does not hear the prayer of sinners. That messed me up! I later found out the Bible says all men will appear before God to be judged, and I certainly didn’t like that.

I found myself worried. I believed in God, and I believed in Heaven and hell. I believed there were repercussions for what we do in life, but was my belief enough? Would God ever hear my prayer, and with this judgment thing hanging over me, was there hope for me?

I realized that if God looked at my works and judged me by them, He would say, “You’ve done nothing for Me, you have lived in your sin, and you have fulfilled the lust of your flesh, your mind, and your eyes.” Suddenly, I knew the depth of the cry, “Woe is me!”

At this point, I began to pray differently, still clinging to the belief that maybe God would somehow hear me. My prayer became: “God, take me to Heaven, and keep me there.” That worked to calm me down for a little while, but then I heard that God takes everybody to Heaven for judgement, some to stay, and some to be cast from His presence. It seemed there was this book, called the Book of Life, and if your name wasn’t in it you would be sent to another place where you would be judged based on your own works.

This information made my dilemma worse. I was asking God to keep me in Heaven, but I knew He couldn’t because first of all He didn’t even hear my prayers, and second I knew my name wasn’t in that Book of Life, and finally my works would fall far short of qualifying for Heaven if God judged them against His holiness. I had no idea what I was supposed to do.

It wasn’t long before I began to hear about something called being born again. When I heard the message behind the phrase, I began to realize that God was not into manmade religion, but He was into people. I heard folks talk about being a Christian and having a new life, and I wondered how I could do that. I found a place in the Bible in Romans 10:9-11 that helped me begin to sort it all out.

The verses said: “That if thou shalt confess with thy mouth the Lord Jesus, and shalt believe in thine heart that God hath raised him from the dead, thou shalt be saved. For with the heart man believeth unto righteousness; and with the mouth confession is made unto salvation. For the scripture saith, Whosoever believeth on him shall not be ashamed.” A couple verse later the Bible said: “For whosoever shall call upon the name of the Lord shall be saved.”

I wanted this. I wanted to be saved, but I was living the life of a chameleon. There were times when I tried to be nice, and I was showing interest in God, but I wasn’t interested in Him enough to make a full commitment. The Bible tells us this is a struggle that we all go through, and it’s a radical battle for every soul.

As I heard more about being born again and how to be saved, I learned the blood of Jesus that was shed for me on the cross was able to wash away all of my sins. It could deal with all of my issues, and save me from the dead works I knew would never get me into Heaven. The only problem was, I didn’t know how to get God to hear me.

I listened to people who knew Him, and I listened carefully. I heard them talk about other people praying the prayer of repentance, and I knew it was important. One day I decided it was time to either be all in or all out, so I did a bold thing, and I knelt beside my closet door. I prayed a prayer of repentance the only way I knew how, and then I stood up and made a bold statement. I said, “God, I just asked Jesus to come into my life. I believe I’m now a Christian, so You might as well treat me like one.”

You may think this was bold, but it’s the only way I knew how to live. I was all in for Jesus now, and I have never looked back.

If you are like most people, you believe in God, but you may not know how to serve Him or seek Him, and you may not even know that you should. You may be the kind of person I was, believing but not really committing to what you believe.

I would ask you this: What have you got to lose? Is it pride that keeps you from surrendering your life to Jesus? Is it fear of the unknown that makes you hold onto the reins in your life? I can tell you, I have never considered going back to the life I once led, because it was a life devoid of direction, hope, and destiny.

“All who call upon the name of the Lord shall be saved.” This is a Bible promise, and I can guarantee you that it’s true. You don’t need flowery words to surrender your life to Jesus, and you don’t need to understand everything about the Bible to repent, because to repent just means to turn away from your old life and turn toward God.

It’s not hard. You can pray as simply and honestly as I did, and you can ask Jesus to be the Lord of your life from this day forward. I encourage you to do it now rather than later, because we are not promised later. When you do, I want you to contact me at [email protected]. I want to hear from you, and I want to help you get started in your new life in Christ. God bless you!

Hit enter to search or ESC to close